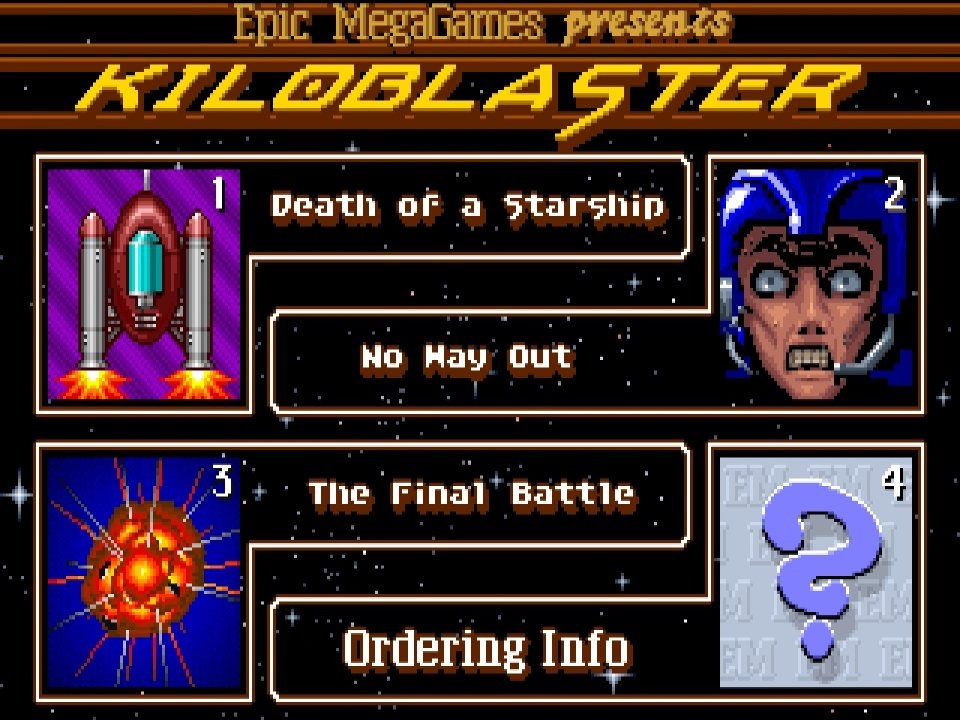 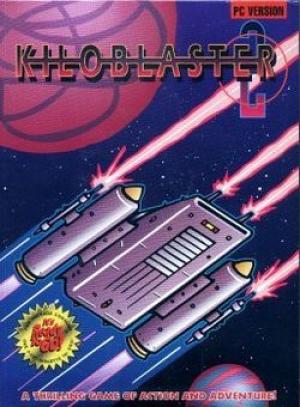 Kiloblaster is a space shooter video game trilogy written by Allen Pilgrim and published by Epic MegaGames in 1992 for MS-DOS. It is based on the classic Galaxian game, with a few differences such as allowing greater player movement (horizontally and vertically), much faster enemy movement, power-ups, enemies that take more than one hit, and allies to assist in battle. 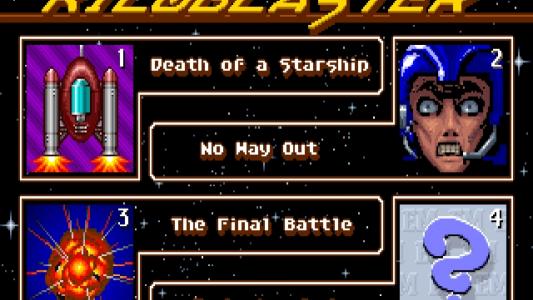