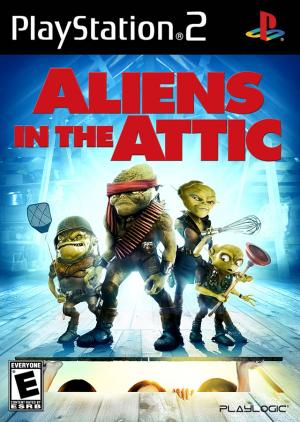 Aliens in the Attic

Based on the movie created by the writer of Madagascar and Wallace and Gromit: The Curse of the Were Rabbit. The Aliens in the Attic videogame follows the storyline of the adventure-comedy film about a group of kids on a family vacation who must stave off an attack by knee-high alien invaders with world-conquering ambitions; all while trying to keep their parents from finding out! Aliens in the Attic for gives players a whole new way to experience the storyline by allowing them to assume the identity of one off our different alien explorers whose mission it is to take over the summer home, and possibly the world! This version of the game features 15 exciting levels that are carried out in four different locations. Plus, players can switch between characters on the fly for fast-paced action!