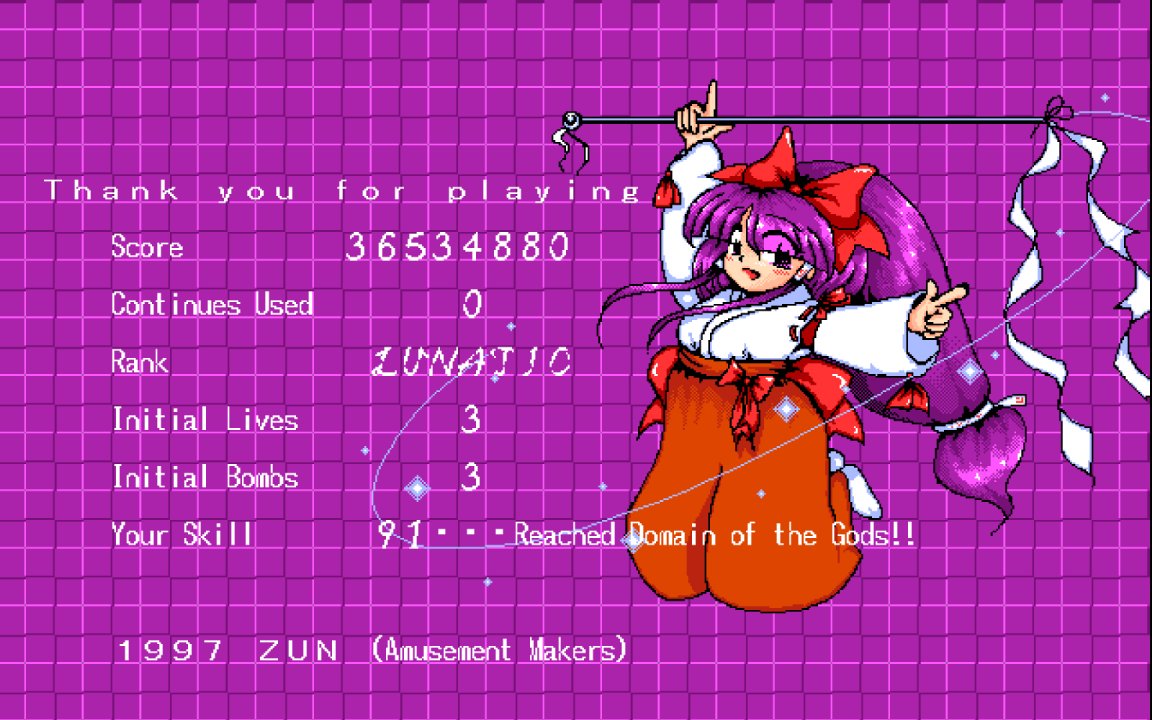 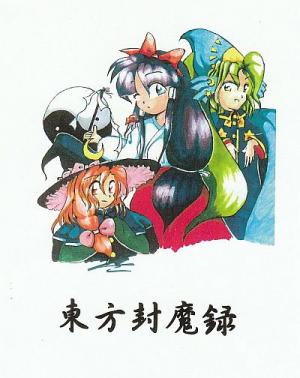 Touhou 2 (also known as Touhou Fuumaroku) puts the player in the role of the Shrine Maiden 'Reimu Hakurei' and with it offers different types of attacks to use: a wide range with a little destructive power, a medium range with the ability to go directly to the target , but reduces the speed of the general movement of the player. The mechanism of the 'bombs' depends on the type of attack selected on the menu screen.} Being the first danmaku-like game of the series, the story of the East of Wonderland incorporates elements characteristic of the games in the series in general, for example, bosses that are approximately the same size as the player's character, small hit-boxes, a power-up system, items that grant a certain amount of points, and an unlockable extra scenario, usually achievable in the hardest difficulty. 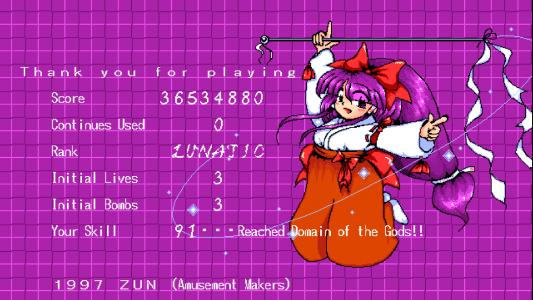