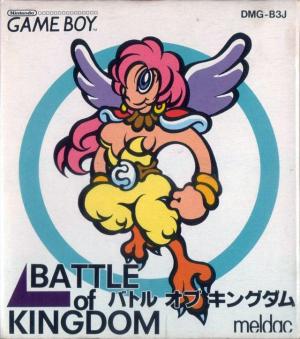 Battle of Kingdom is a 1991 Game Boy video game that was jointly created by the Meldac, Live Planning, and the Lenar companies. It was only released for a Japanese market. The object is to lead a kingdom through various battles using the format of a traditional board game. In order to advance to the next battle, players must destroy at least 92% of the monsters on the battlefield. Each stage represents a battle in a high fantasy campaign to save the world from an unknown evil force (that resides in a skull castle).