Story It has been almost a century since the end of the Energi War. Nevertheless, within this prolonged season of peace, the Schwarzschild Empire has once again begun plotting world domination as it starts to conquer and occupy one nation after another. It is during this time that Ash and Karim, two residents of Heiland, a small town on the frontier, rescue a young woman and her escort as they are being pursued in the nearby woods by a contingent of foreign soldiers. Yet, who is this mysterious girl and what fate is in store for Ash and those with him as they attempt to help her fulfill her mission...? Find out as this dramatic story begins to unfold! A classic Japanese role-playing game Employing an orthodox turn-based battle system, Alphadia evokes a feeling of nostalgia with its classic gameplay style. In addition, its refined game balance and simple to use interface make this game easy for anyone to pick up and enjoy. Furthermore, with completely redrawn graphics, Alphadia's world shines on high-resolution touch screens. Charming characters and a dramatic story It is often thought that games on a cell phone can only offer a short, limited experience, but that is not the case with Alphadia. Alphadia boasts an expansive drama that spans 30+ hours of gameplay, and which is sure to pull on a few heartstrings as Ash and his party are faced with numerous challenges and trials. Engage in strategic battles while exploiting the potential of energi By mastering the various elementals, characters become adept in using a host of energi skills. Which energi skills characters learn beyond those of their inherent elemental, however, is given to the player to decide! Having such freedom lends itself to an overall richer gameplay experience in Alphadia. As players learn to harness elementals in battle, they quickly become able to take advantage of their situation, and the thrill of battle increases. And of course, for those who prefer, there is an auto-function built into Alphadia's battle system that allows players to cut through waves of enemies with little effort should they choose. 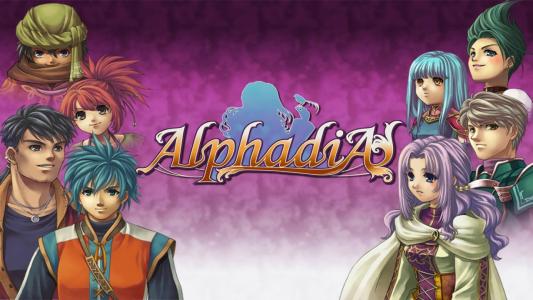