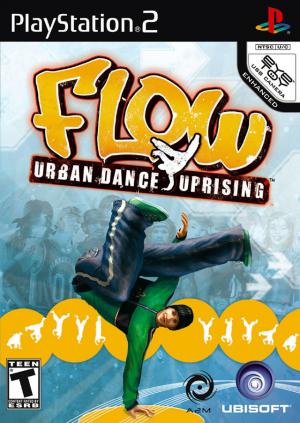 Flow: Urban Dance Uprising is a breakdancing rhythm game that features a soundtrack of hip hop artists including 50 urban dance tracks by the likes of the Sugar Hill Gang, Kurtis Blow, and Eric B & Rakim. Gamers can compete against as many as seven other players and choose from a host of dancers that perform classic breakdance moves in one of 10 different urban settings. Flow was originally announced as a component to Eidos' Get On Da Mic (and was known as Get On Da Floor.) In 2005, it became a PS2 exclusive title, brought to market by publisher Ubisoft.