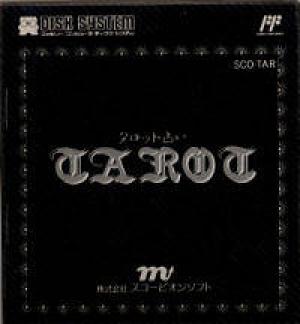 Fortune-telling interactive software that predicts the player's fate with a virtual deck of tarot cards. It was developed and published by Scorpion Soft for the Famicom Disk System in Japan only. Tarot (sometimes referred to as Tarot Uranai; "Uranai" meaning fortune-telling) is a fortune telling game from Scorpion Soft that was released on the Famicom Disk System towards the end of 1988 in Japan only. It followed a series of other astrological "utility" programs for the platform, including Chuugoku Senseijutsu and '89 Dennou Kyuusei Uranai. The game focuses, not surprisingly, on the Tarot deck and their supposed clairvoyant properties. The game will randomly shuffle a deck and lay them out in a formation of the player's choosing - each formation is meant to predict a different aspect of the player's life. The game will then reveal cards that the player chooses and decipher the meaning behind them.