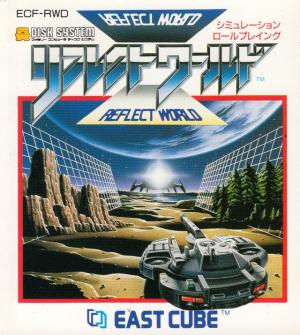 Reflect World is a shooter with RPG elements developed by East Cube and released for the Famicom Disk System. Reflect World is a vehicle-based top-down shoot 'em up with a lot of RPG and simulation elements. The player controls a large and formidable tank as it makes its way across a wasteland, destroying enemies and tinkering with its many modes and functions. The game is extremely difficult to understand unless the player is knowledgeable in Japanese (the game was never released outside of Japan), the instruction manual or, preferably, both. The game was developed and published by East Cube, an obscure Japanese developer that largely focused on Japanese computer games. Reflect World is the only game they ever released on a Nintendo console.