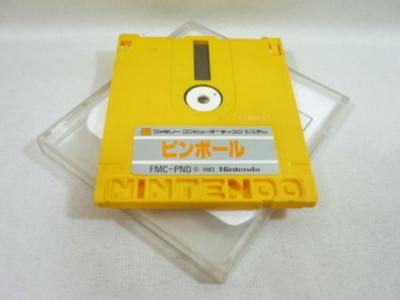 Be a pinball wizard, right in your own home! Bank off bumpers, flip double-flippers - even win a bonus round - in Nintendo's lightning fast PINBALL! You'll have the time of your life as you flip from upper to lower game screens, rack up points to beat your opponent, and, if you're lucky, progress to the bonus round where you'll save the falling maiden in this video version of the real thing! Originally released to Japanese markets in 1984, Pinball was later converted to the NES as a launch title in North America. Pinball was originally released in February 1984 for Nintendo's Famicom. It later appeared as "Vs. Pinball" in arcades on the NES-based arcade hardware that the company was using at the time. This arcade release contained different sound effects and some additional features. Gameplay: Pinball consists of a single virtual pinball table. As in standard pinball, the player controls flippers to bat the pinball toward bumpers and other objects in order to score points. There is also a bonus area of the table in which the player will temporarily take control of Mario and move him back and forth across the bottom of the screen to prevent the ball from falling out of the bonus screen.