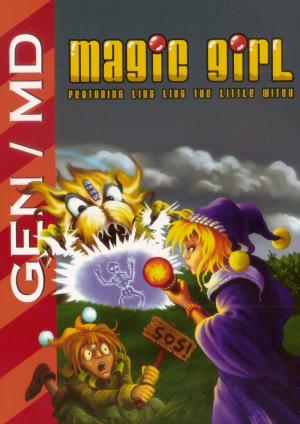 ALAH NEEDS A SAVIOR! Deep within the vast expanse of the universe, the people of the Planet Alah enjoyed a peaceful, prosperous existance. As with any flourishing culture, there were those who grew envious of Alah's success, watching and waiting and biding their time... An evil fleet, striking from within the depths of a nearby black hole, catches the planet's inhabitants unaware and soon has them overwhelmed. Merciless monsters ravage the villages, causing panic and destruction... The sudden, unexpected assaults lay waste to entire communities, destroying families and inciting chaos. One very special young girl, trained in the art of magic, manages to survive. Realizing her family and friends are gone, her heart fills with sorrow and anger. Driven by these intense feelings, she vows to defeat the invaders and restore peace to her world. Facing a such powerful evil, can she, Ling Ling, stand alone against the onslaught and emerge victorious? Game features: -Nonstop fast-paced action -Huge, animated boss monsters -Five challenging stages -Wide variety of enemies -Cool power-ups and bonuses