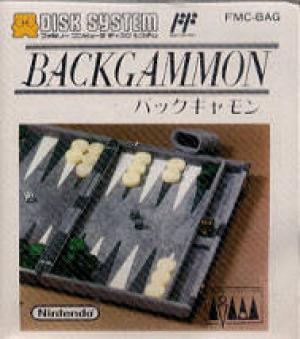 A backgammon simulator developed and published by Nintendo themselves for the Famicom Disk System. Backgammon is a straightforward backgammon simulator that allows up to two players to compete in backgammon matches. The game has a tutorial that explains how backgammon is played and offers single-player Match Play (one-off) and Tournament (multiple matches) modes. There is also the requisite two-player mode in which two human players take turns. Nintendo developed Backgammon themselves during a time when interest in the Famicom Disk System was waning. By the time this game was released in late 1990 new Famicom carts were able to outperform Famicom Disks, and less companies were creating games for the peripheral as a result.