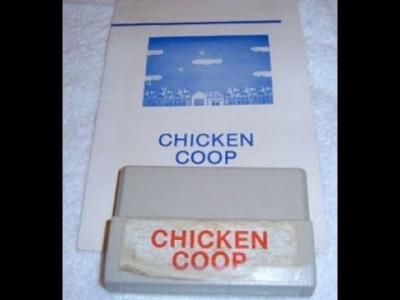 Chicken Coop is a Joust clone from Navarone. In this game you take on the role of a chicken who leaves the "Chicken Hens" base. From there other chickens are released and you must come down from above to turn them into an egg. Once they are an egg you can capture the egg and a point is scored. If you take too long they will once again return to a chicken and will need to be defeated from above. As the levels progress more chickens are released from the base. Don't be a chicken! Rule the roost!