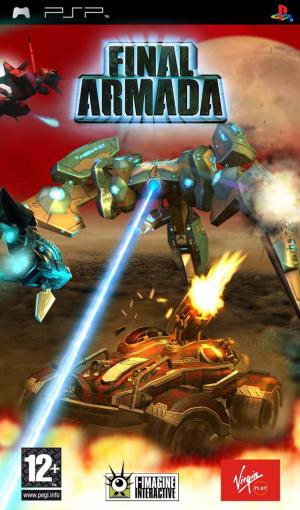 A guerrilla war is raging on Taro-469 between the human-owned Ecco Corporation and the ruthless alien Naz'Ha over the Lazari crystals, a unique and powerful energy source that only seems to be found on Taro-469. The Naz'Ha invaded the former corporate colony, massacring the colonists. With the their superior technology powered by the Lazari crystal, the Naz'Ha have annihilated four waves of Ecco's retaliatory attacks over the past six months. It was only after Ecco was able to capture a Naz'Ha vehicle that the corporation's scientists were able to unlock the secrets of utilising the energy source and thereby meet the aliens on an equal playing field. Players will battle an alien race in a war for a newly discovered and immensely powerful crystal energy resource. The player will control "The Aggressor" a transforming hover vehicle that can be upgraded by collecting alien technology crystals. Players will also be able to take command of the mothership's gun turrets. During the game missions, the player will be able to issue commands to his wingman. The wingman can be used to attack specific targets or to unleash a super attack.