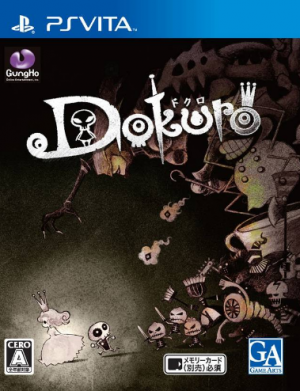 Dokuro is a stoic, little skeleton who is a mere peon in the Dark Lord’s army. One fateful day he witnesses his master returning with a helplessly abducted Princess he intends to force into marriage. At once smitten by her plight, Dokuro resolves to free her from the Dark Lord’s treacherous, monster-infested castle. Along the way, he happens upon a mystical blue potion with the power to transform him into a dashing Hero tragically, this is the only time the Princess can witness his noble endeavors. Heedless of any danger, the Princess will continue to walk forward until she encounters an obstacle she cannot overcome on her own. Dokuro must switch between his Skeleton and Hero forms to utilize his various skills and abilities. While the Skeleton form allows him to stalk about in the shadows and ensure her safe passage, the Hero form enables him to mount a gallant offensive against the armies of darkness! *Image from Playstation