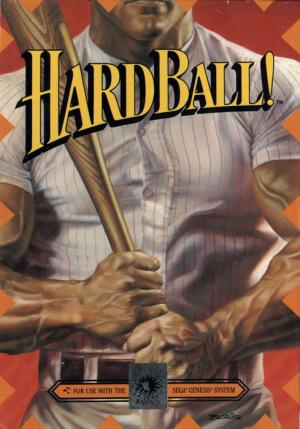 Over one million fans can't be wrong. HardBall! is the most fun, the most action-packed and the most realistic baseball simulation ever to step up to the plate. And now with 8-megabits of power, it's in a league by itself. Uncompromising arcade action: Home runs and line drives. Double plays and double steals. Baseball so real, you can almost smell the hotdogs. World Series Championship: Play the best-of-seven fall classic. Save your won-loss record after each contest. Hear the voice of a real National League umpire: 17 year veteran Eddie Montague calls 'em as he sees 'em. Fully-digitized diamond sounds: From the crack of the bat to the roar of the crowd, hear dozens of in-your-ear sounds!