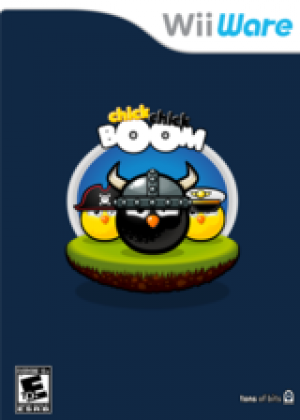 chick chick BOOM is an entertaining and action-packed game demanding both creativity and good timing. Five chicks on your side, five chicks on the other...BOOM! Beat the opposing chick team, but there is a twist! In chick chick BOOM, you throw pianos, pink elephants, and sumo chicks or summon slimy giant jellyfish and real UFOs. Draw lines in the arena to defend against your opponent's attacks—the skill lies in your use of ink, creativity and timing! And extra help is provided by a corncob and a piñata. Yes, really! Play on your own or with friends—as a team or against each other! To keep things interesting there are various game modes and different arenas, each with their own special attack. Features: • Single and Multiplayer: 1-4 (in a team or against each other) • Offensive Moves: More than 20 entertaining attacks • Three Arenas: City, Ship, and Haunted Wood • 15 Teams: Five available immediately and 10 others to unlock • Three Game Modes: Duel Mode, Time Mode, and Pro Mode • Records: Your best scores will be saved...for you to beat