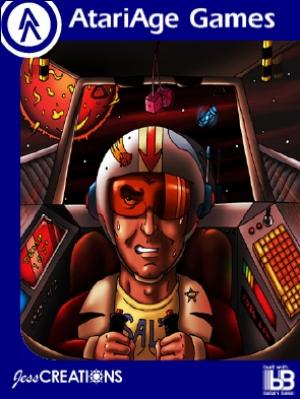 What starts out as a routine hunt for salvage in the far reaches of the galaxy turns into a white-knuckle fight for survival in Solar Plexus, the first Atari 2600 release by independent game developer JessCREATIONS*, Co. It'll take sharp reflexes to keep your starskimmer full of fuel and away from the wildly unpredictable artificial sun which threatens to make every move your last! The Solar Plexus increases in speed and mutates into new, more dangerous forms as you continue to play. If one fiery orb bouncing around the screen was hard enough for you to handle, just wait until you have to deal with two, or even three of them! Only the best players will last long enough to witness the final form of this relentless foe.