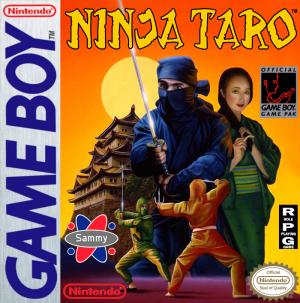 High Adventure in the Far East It's the era of feudal war in Japan. One Shogun struggles to unite the provinces, but he needs help. His villainous arch-rival is rumored to be dead, but a merciless legion of anarcy continues to plague the countryside. If he is dead, then who could be leading th evil forces which prevent Japan from attaining peace and order? This chaos must be stopped! From the ranks of the Phantom sect to the Shogun's aid comes Ninja Taro. With the cunning of a thief, the skill of a master, and a legendary sword, he must venture forth to tame the minions of evil, and unravel the riddle that will unite the empire!