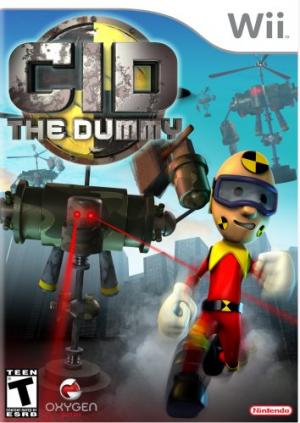 In a world obsessed with safety, with potential danger around every corner. A world where the once lowly Crash Impact Dummy has risen to a position of great importance amongst us, responsible for crashing, smashing, checking and re-checking everything from lemonade to escalators; CID has been chosen for the mission of a life time. A chance to crash and smash with real purpose, to battle the most fierce robot villain, a chance to rescue the most beautiful girl in the world… a chance to do something amazing! With high speed crashes, turbo-charged weapons, kung-fu fighting, mind-boggling puzzles and level systems and more monsters than you can shake a super-charged fire-blazing bazooka at. Join CID to save the world, the day and the girl in this years most daring adventure. CID The Dummy – Save the world, the day and the girl!