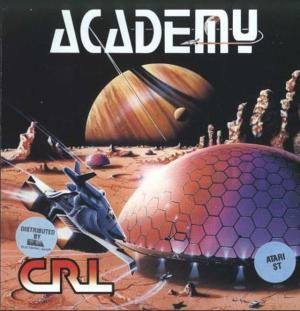 Sequel to Tau Ceti and written by the same author, Pete Cooke. The game-play is similar — the player pilots a 'skimmer' through a 3D world — but with many extra features. Instead of a single, large game world, the story-line is mission-based (but allowing the player some control over the order of play). The world physics of the original game are expanded on, as these missions take place on different planets under different suns; for example piloting under a dark red-dwarf provides a different play experience to a bright yellow sun. In addition, the player may design their own skimmers; customising engine and weapon strengths, equipment payloads, and arranging the on-screen control panel.