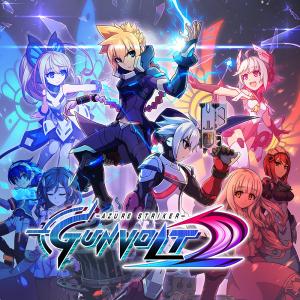 Azure Striker Gunvolt 2, known as Armed Blue Gunvolt 2 Sou (蒼き雷霆ガンヴォルト爪 , Amudo Burū Gan'voruto Sou) in Japan, is a game for the Nintendo 3DS produced by Inti-Creates. The game is the sequel to 2014's Azure Striker Gunvolt. The game released on August 25th in Japan, and was released worldwide on September 29th. Gunvolt is back as a playable character with new weapons and gear. Copen is confirmed as a new playable character in the game, redesigned and packing new mechanics never seen before in the franchise.