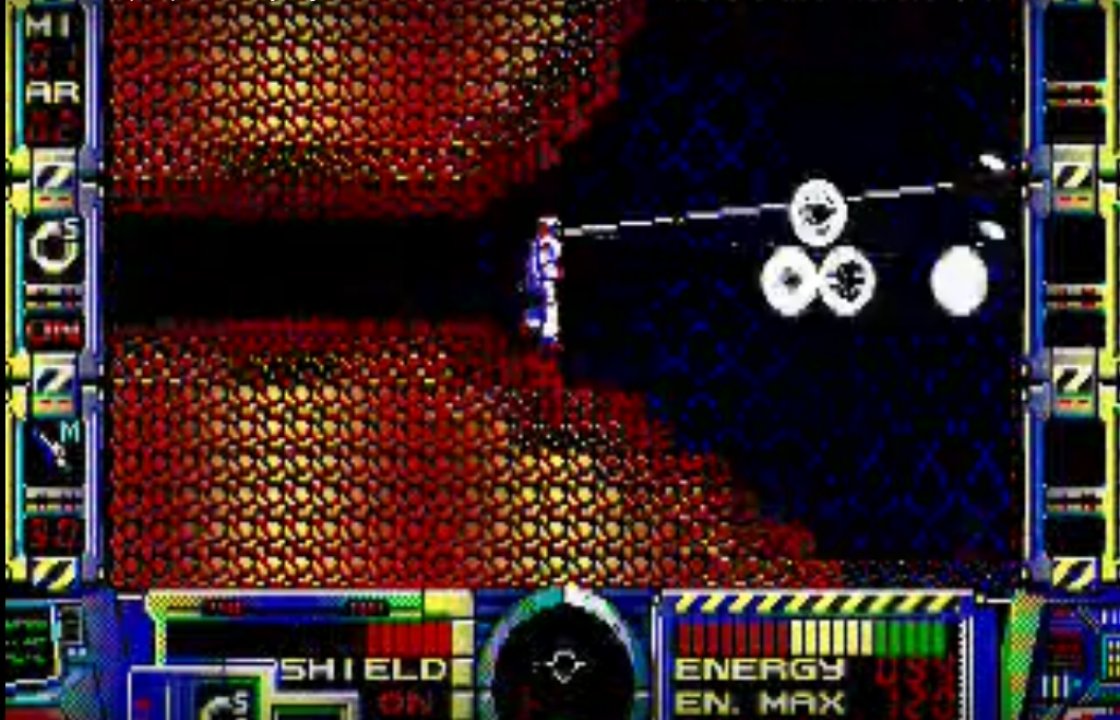 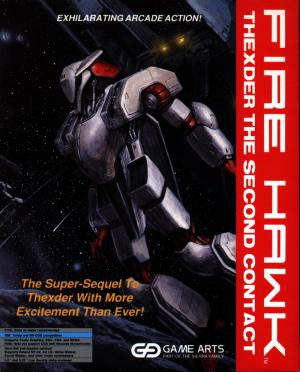 Fire Hawk: Thexder - The Second Contact is the sequel to Thexder, an amazing game originally developed in Japan and later released to the USA. Fire Hawk: Thexder is well known for its eleven game music tracks, which were of a quality that was relatively unknown for video games released in the late 1990's. Game play consist of the player in the role of a robot battle unit that transforms into a space fighter jet "Fire Hawk" depending on the current action. When battling, the player maneuvers the robot transformer which can levitate and float while firing at enemy objects, creatures, droids and bots in order to clear the room in order to proceed. The robot battle unit transforms into the "Fire Hawk" space ship jet in order to move quickly and to navigate narrow connecting tunnels. Ultimately the goal is to conquer the invading alien species by navigating the catacombs to clear alien enemies and disable the alien mothership. There are 9 different combat missions that must be completed to disable the mothership. (Retrogameworks) Front Box Cover and Back Cover - Fair Use - MobyGames.com Credits Contributed by Trixter (8781) on Mar 22, 1999 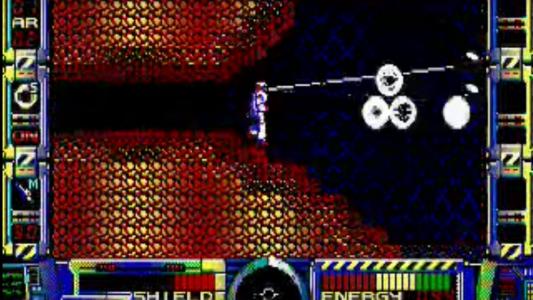