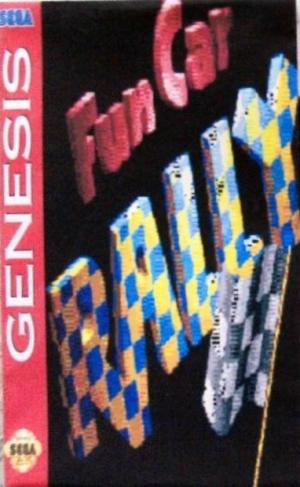 Fun Car Rally was an unreleased prototype likely developed by MagiCom (later FunCom) in 1992. It would eventually be sold to Accolade and become the basis for Combat Cars. BKK on Sega-16 reveals that MCOM in the game's ROM is likely to be MagiCom because they were developing Mega Drive games around the ROM's date, and one person who worked with them later founded Funcom, who held the rights to Combat Cars before Accolade. The title music appears to have been taken from The Beach Boys' Fun Fun Fun. The reasons for the title and music changes are unknown.