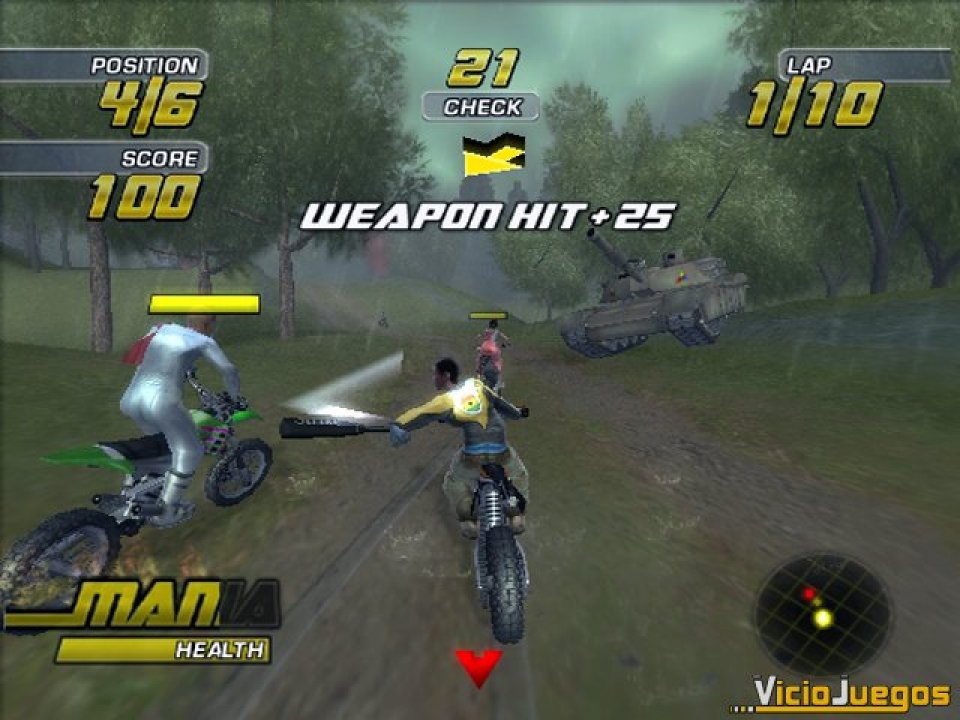 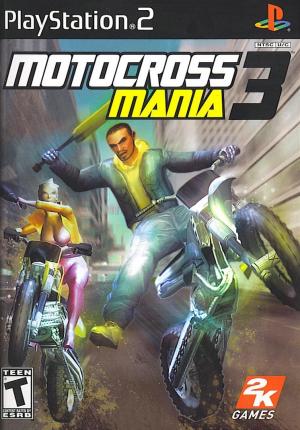 The first next-gen edition of Take-2's motocross racing series, formerly a budget series for the PS one. Mania has spread across the land as people have turned traditional motocross racing into an intense blood sport. Furious combat mixes with fast paced racing through deadly courses that range from populated city street to harsh open environments. Mania is here and ready to fight. The winner is the one to make it across the finish line still in one piece. Bikers fight hand-to-hand using a variety of weapons, while racing at high speeds on more than 20 unique circuits. Large and distinct environments create an ever-expanding race, aided by a third-generation physics engine that makes every move, fight and crash different and fresh. Riders can also unleash air mania allowing for bigger tricks and increased combat maneuvers. 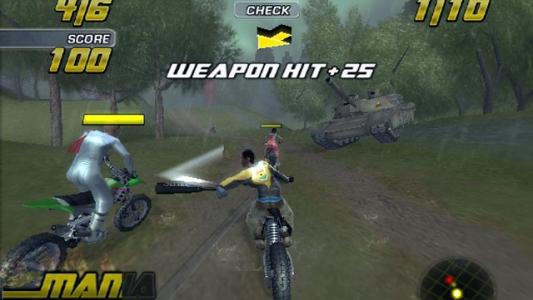