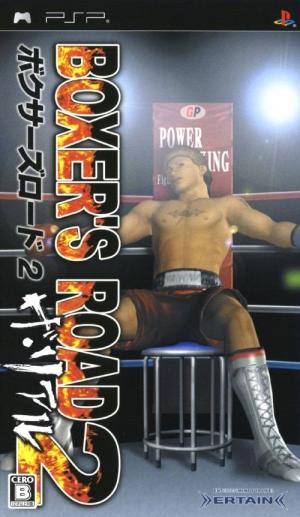 Developed by New (of the original Boxer's Road and also the Victorious Boxers series), Boxer's Road 2 is a sequel to the PlayStation title, offering players a chance to live the life of a boxer, from first steps in the gym all the way to the championships. You'll have to work on your diet and training in addition to taking to the ring for full 3D fights. For part 2 of the series, Ertain has obtained a license from the Japan Pro Boxing Association. The game features 139 real life boxers from 79 gyms, all appearing under their true names. If you're not keen on playing as another boxer, though, you'll be able to use your own picture to create a boxer of your liking.