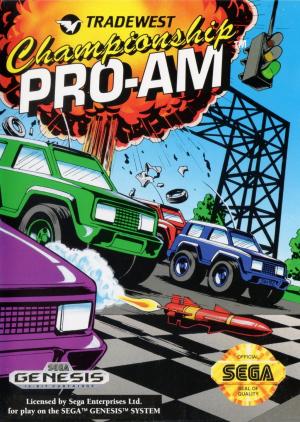 Guide your radio controlled car to victory in this racing game. You have to beat your 3 opponents on 32 tracks while avoiding obstacles like water and oil puddles and collecting bonus items like better engines and tires. You can also collect a variety of weapons to blast your opponents out of the way. The Genesis version is basically the same game as the NES version with a few minor changes such as having 5 opponents instead of 3, spelling out CHAMPION instead of NINTENDO, and having enhanced graphics.