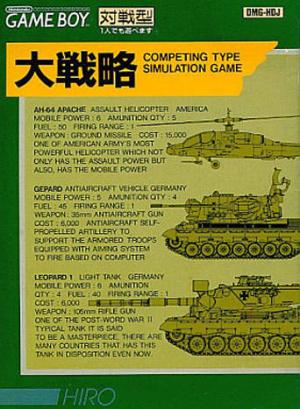 Daisenryaku is a Strategy game, published by Hiro, which was released in Japan in 1991. It’s pretty simple: issue your commands in the Map mode (hit Select), and then get out of Map mode and the game plays itself out. Your units do what they’re told every turn until the order’s carried out, and then they sit there. Get as many cities as you can, because then you get more money. Infantry kills heavy infantry, heavy infantry kills tanks, and tanks kill infantry.