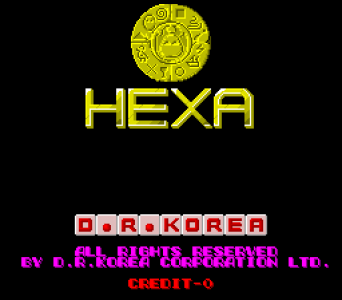 Blocks in groups of three will descend from the top of the screen. They are aligned vertically and will have a colored symbol within. You must place them on the stack so as to have three of a kind in rows in any direction. If you press the Rotate button, the bottom block will move to the top, thus shifting the pattern. If you press the Power Blocks button, the next triplet to fall will be three blocks, all with a red 'P' in them. Whatever color/symbol the power blocks land on top of will disappear from the screen, thus maybe making several three-way line ups. You get only two "Power Blocks" in the first level.