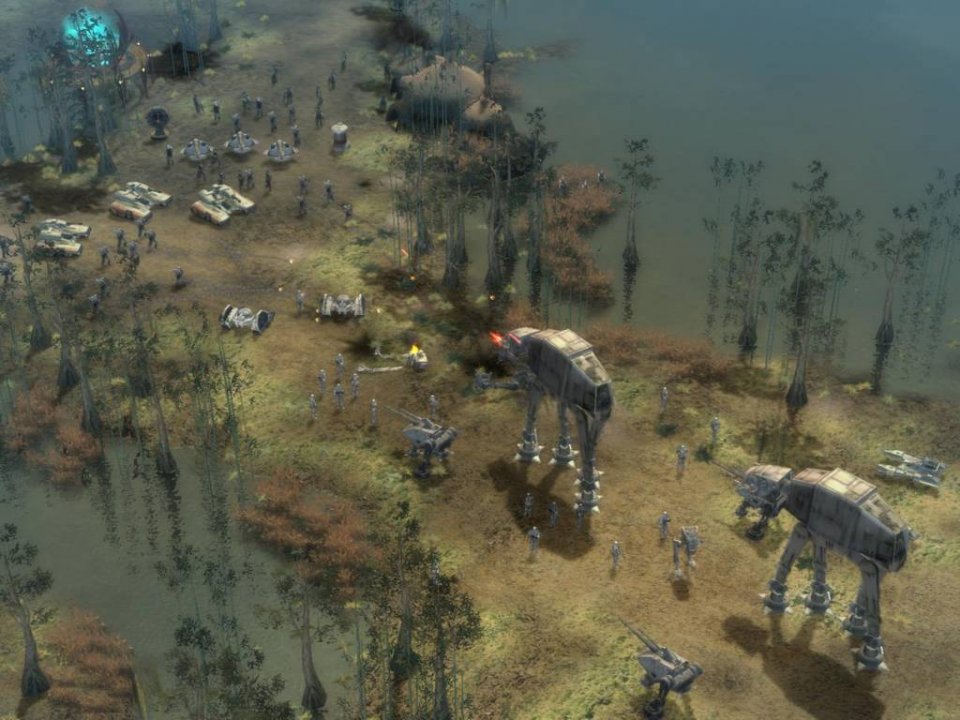 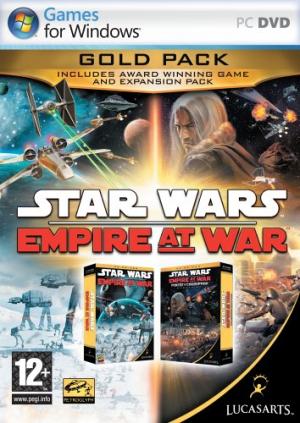 Set between Episode III and Episode IV, it focuses on the fledgling struggle between the Empire and the Rebels. It uses Petroglyph's game engine Alamo. The most recent patch was released on July 20, 2006. In October 2006, an expansion entitled Star Wars: Empire at War: Forces of Corruption was released, which is included. There are three game modes: storyline-based Campaign, Galactic Conquest and Skirmish. Battles can take place on a planet (land battle) or above the planet (space battle). Land battles are fought with infantry and ground vehicle units, while space battles are fought with starfighter squadrons and large spacecraft. 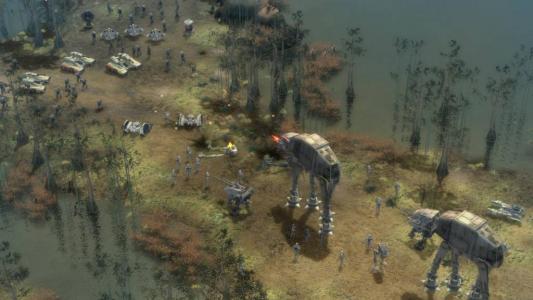