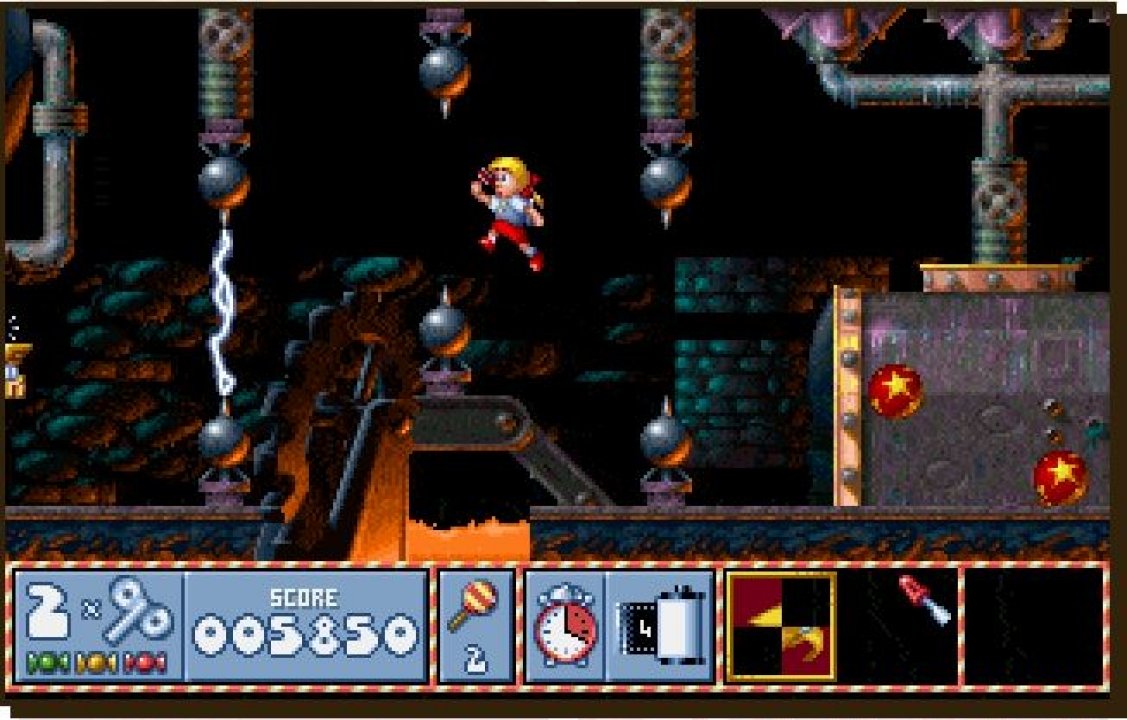 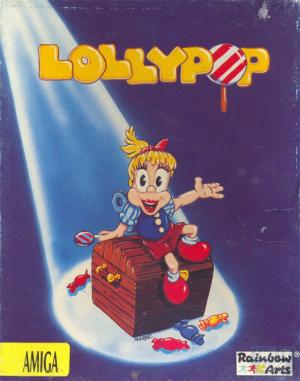 Sweet she is and sweets she wants. Young Lolly wakes up and has an incredibly appetite for candy. For chocolate, and for caramel and gingerbread, and for cookies and crisps and marshmallows and lemonade and bubblegum and jelly bears and ice and cream and sugar frosted chocolate bombs. All right, we’ve all had such moments. But Lolly is a doll. Animated by a stroke of lightning, she suddenly has life, a sweet tooth and a quest: Onward to the land where candy grows and the refrigerators never run out! It’s a hostile world for small, innocent and rather hungry little dolls – that’s why you’ve got to help Lolly find her way through eight big levels in this jump’n’run game. After the escape from the toy factory, the way to the promised land leads through places like a ghost town, a snow world and even Lolly’s own cottony dreams. The way is far from safe: plenty of traps and monsters threaten a doll’s life, but good timing, athletic leaps and an ample supply of lollipops to fling at obtrusive enemies help mastering any challenge. In desperate situations, Lolly can take a snapshot with her pocket camera, which instantly destroys all opponents on the screen. Huge level bosses guard the exit of each world; defeating the mega-monsters requires specific tactics. Fortunately, there is support: chests contain key items (to unlock different parts of each level), power-ups and plenty of sweets, of course. On the downside, the boxes may also yield harmful objects that jumble up Lolly’s controls or even hurt her. Tender dolls of that model can sustain three hits before they break apart. There’s a time limit for each level, so sucking popsicles in a corner won’t do. You cannot save the game, but you get a personal passcode after each level. 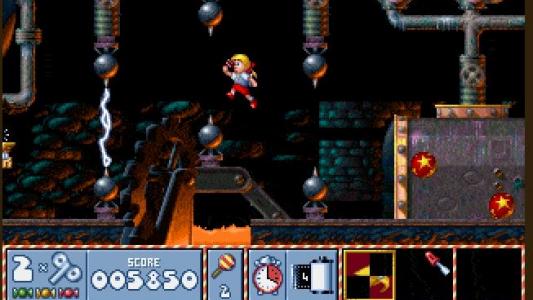