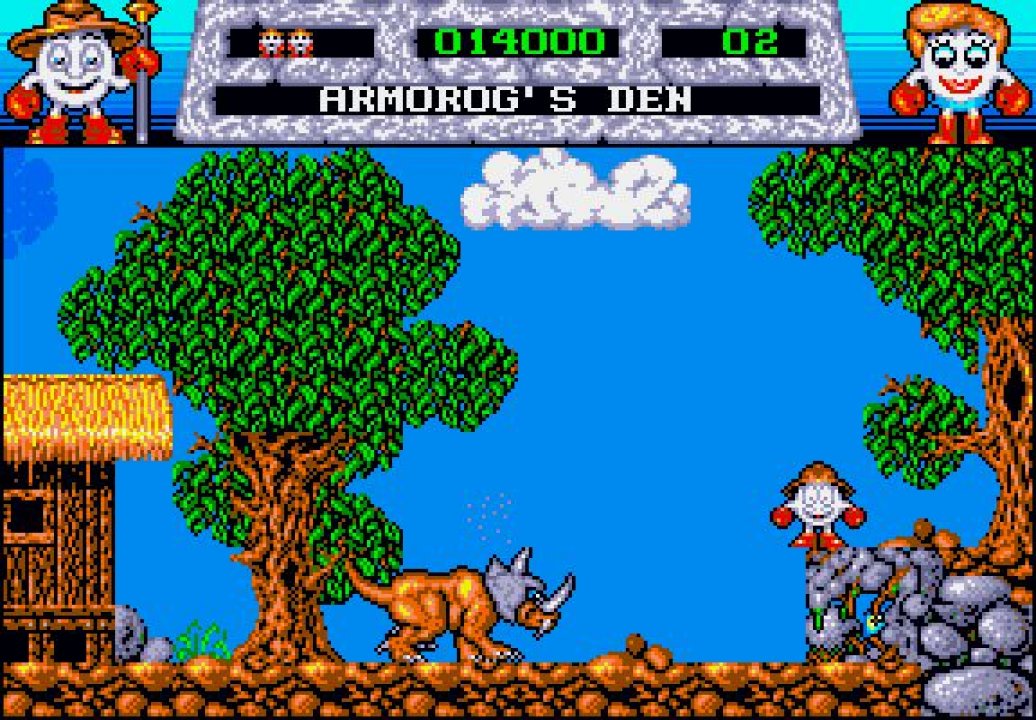 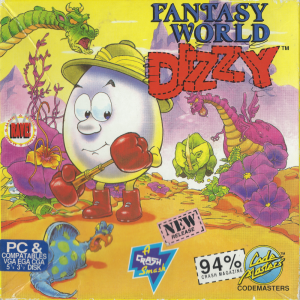 Dizzy and Daisy strolled through the enchanted forest without a care in the world. But suddenly, the Evil King's trolls snared poor Daisy! She was sent to Wizard Weird's Tallest Tower, while Dizzy was dragged away and thrown into the deepest, darkest, dankest of the King's Dungeons in the bowels of Fantasy World. Dizzy was frightened. Who knew what fate awaited him? And he still hadn't done this week's homework! But then he remembered that he had a fresh green apple that he had planned to give to his teacher to escape detention, and he cheered up. And there was some bread and water on the table! A cunning plan began to brew in his mind... But Dizzy can't do everything on his own... you must help him! The 3rd Dizzy game. 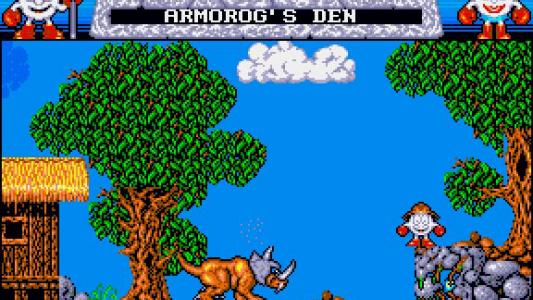