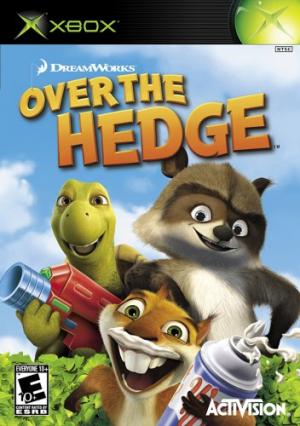 In the video game, which takes place a year after the movie, RJ, Hammy, Verne, and the gang feel that they need to have more things for the log (the area behind the hedge). This leads them on a wild romp through six different areas to snatch different things such as a popcorn machine and a TV for themselves. There are several mini games as bonuses in the game. All through the game, they try to take these things while avoiding the Sniffer, (Dwayne the Verminator), who tries to defeat them by using mind-controlled vermin he has captured as his "henchmen." At one point, many animals, including weasels, badgers, and even Vincent the bear are controlled.