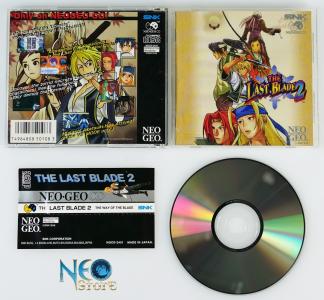 More than a dozen Samurai blade masters are summoned to compete in a challenge that has only one victor — and no other survivors. The Last Blade 2 Heart of the Samurai recreates 1864 Japan in all its feudal glory. Players are swept into 1-on-1 death matches against the living and the dead in a quest to bring honor to their master's clan. Each character wields their favorite weapon with a deadly accuracy that is sure to leave the players breathless — all in a split second! Practice each of the lightning-quick moves to perfection, or else prepare to be counted amongst those slain in battle.