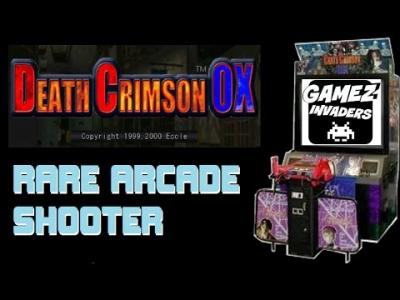 Death Crimson OX is a light gun shooting game developed by Ecole. It was released in arcades in 2000 then ported to the Dreamcast console in 2001 (published by Sammy Entertainment), several months after Sega had dropped support for the console. It is the third game in the Death Crimson series, and the only one to be released outside Japan. The game can be played with either a standard controller or a light gun.