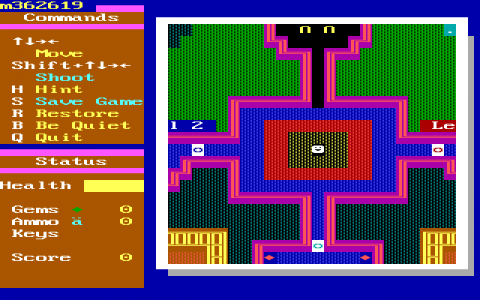 Super ZZT is the successor to ZZT, created by Allen Pilgrim and Tim Sweeney of Epic Games (then Epic MegaGames). Like its predecessor, Super ZZT was essentially a game creation system with a few games packaged with it, which included Lost Forest, Monster Zoo, and Proving Grounds. Like ZZT, the greatest draw to its sequel was the level editor which allowed players to create their own games. The editor itself was somewhat "hidden" by the creators, perhaps because it was not quite as polished as they wanted in time for the release. It was necessary to add the argument /e to the command line when loading Super ZZT, and then to press E to enter the editor.