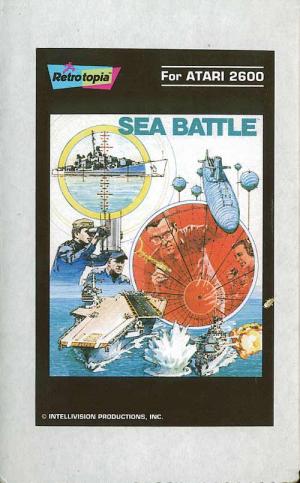 In Sea Battle, players must successfully invade the home port of their opponent while protecting their own ports from invasion. Game play takes place in an island-dotted ocean, with one player's home port at the lower-left corner of the screen and the other player's home port at the upper-right corner. Each player has access to thirteen naval vessels representing eight different ship types.[2] The player may organize these ships into smaller fleets, with a maximum of three ships per fleet and four fleets active at one time. Single-ship fleets are permitted, while larger fleets may not have two ships of the same type in one fleet. When fleets are deployed, the first ship selected as part of the fleet becomes its flagship.