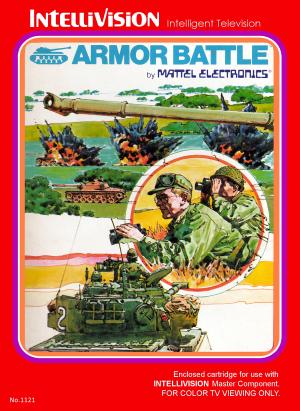 All-out tank combat! You and your opponent are rival tank commanders. Each of you controls two machines, directs fire, lays mines. The terrain you fight over will change again and again, demanding new tactics! Simulated battle sounds! Computer selects at random from over 240 battlefield maps! OBJECT OF THE GAME is to knock out both enemy tanks, avoid invisible mines and hits on your tanks. You maneuver your machines around buildings and battlefield debris, through forests and water hazards. If a tank hits a mine, the tank blows up! You sight the enemy, maneuver into firing position and SHOOT! Points are won by scoring hits on your opponent's tank. (3 hits on your opponent's tank and it blows up! See scoring section.)