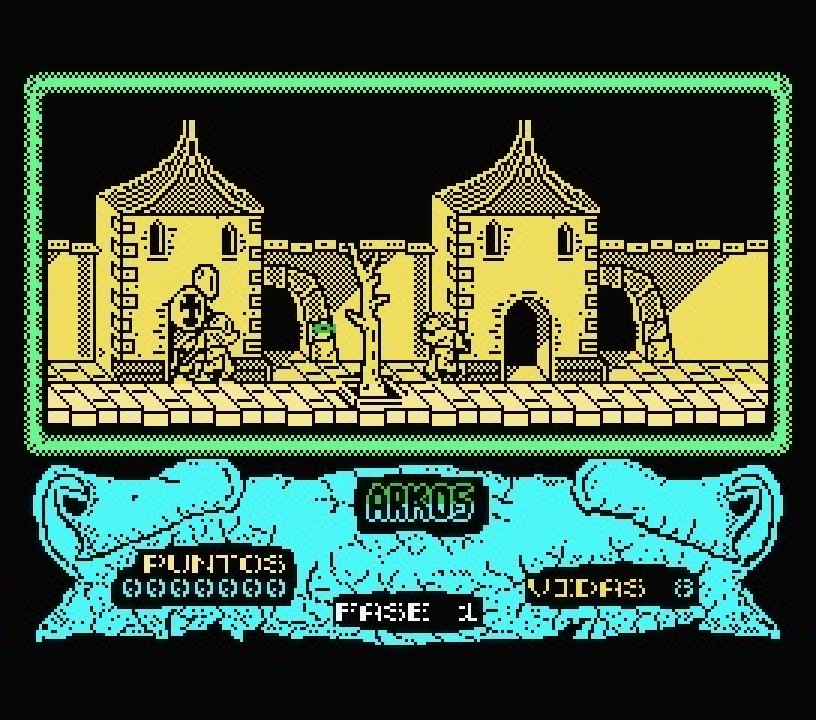 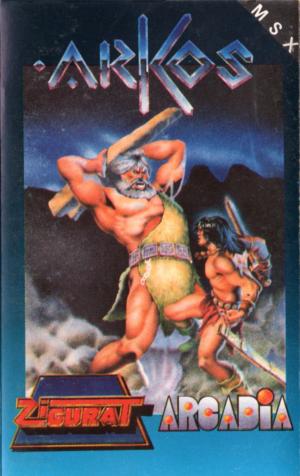 An axe with magical powers has been stolen from the village of Kartes by the evil Tarox, and its people have suffered terribly for years as a result – but then a boy called Arkos was born, and his childhood was spent training to eventually retrieve the axe and bring prosperity to Kartes once more. As Arkos, you must first cross the village to the marshes, where you will meet Tarox, who has transformed himself into a huge monster. Once you defeat him, a large bird will take you across the marshes to the abandoned temple of Zintos where you will find the axe. The graphics are very colourful and well drawn, but the sound effects are rather basic, and the first and third parts of the game are very frustrating due to the sheer number of enemies that can appear on the screen, which wastes a lot of your lives. 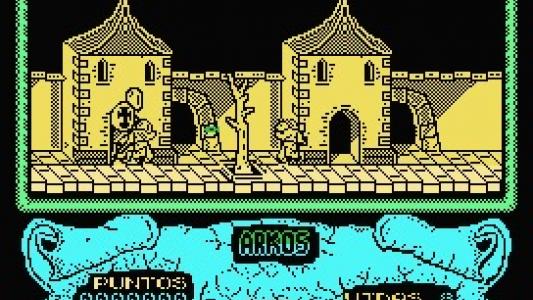