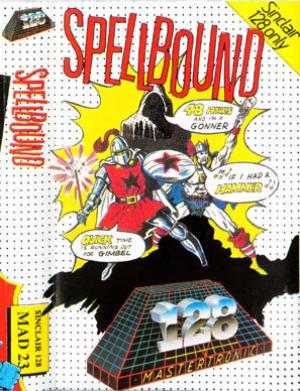 Magic Knight's second game (after Finders Keepers) sees him travelling through time to rescue 8 people including his tutor Gimbal, who have become locked in time thanks to a faulty spell. The game invented a whole new control system, essentially pioneering the use of icons and windows in adventure games. You control a pointing finger, which can be moved onto each of the menus to reveal sub-menus, which contain the main options for object manipulation. All objects can be examined in detail, which produces a visual display of them, and possible clues as to their usage. You must look after your character's health and energy levels - carrying too many objects will progressively weaken him. You must also look after and direct the trapped characters once you locate them.