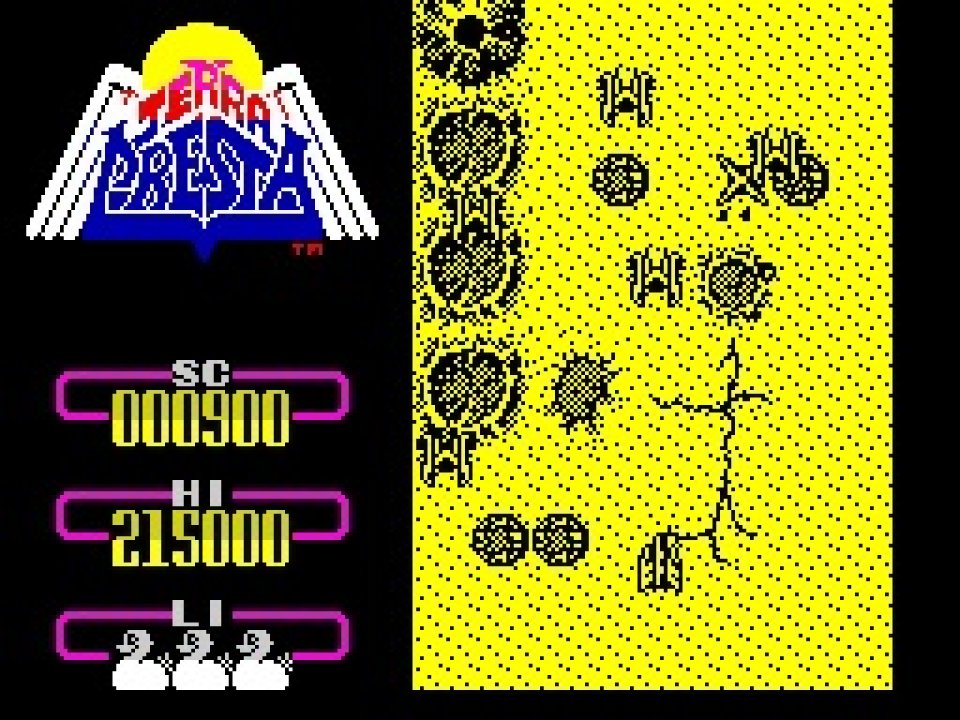 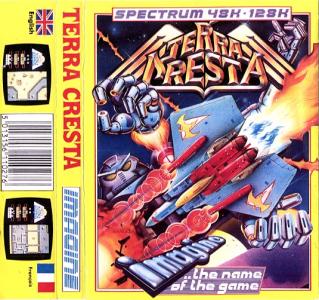 Terra Cresta is a vertically scrolling shoot 'em up. The player controls a ship, initially with limited firepower. Numbered pods appear containing further parts of the ship that will increase firepower. These additional parts combine with the player's ship to increase its firepower, and the final module transforms it into a fiery phoenix which is invulnerable for a certain period of time. Once the ship has at least an additional section, the player may also split it, allowing it to fire in multiple directions. This licensed version of the Nihon Bussan coin-op was developed by Spectrum legend Jonathan Smith, with music by the equally talented Martin Galway. 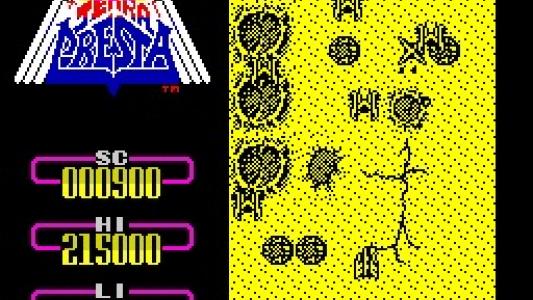