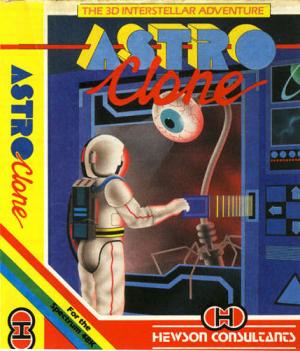 A team of crack pilots, soldiers and technicians were assembled to form a group known as the Clone Warriors. For months they trained for an unknown mission. At the end the Space Commander himself arrived for their final briefing. The Clone Warriors were led to a large chamber resembling a hospital ward with rows of couches fronted by monitor screens. The cloning device lowered and the room lights dimmed. The advanced Sei computers combined the data from each of the Clone Warriors to produce the master image of the Astro-Clone. The monitors flickered to life to show the static image of the 24 Star-sectors. The combined mind of the Clone Warriors recognised Sol in the top left corner where 15 Clone Ships were ready to battle the Seiddab. Simultaneously the combined minds operated the control panels. A ship left the Sol sector and moved into Seiddab territory. The Astro-Clone invasion was underway.