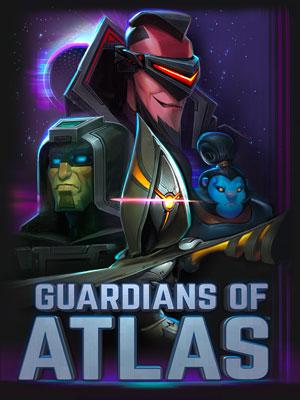 LONG AGO, THE GREAT TREE ATLAS GREW AT THE CENTER OF A DISTANT GALAXY. The worlds touched by Atlas prospered, and countless life forms thrived under its power. But even galaxies have to die. When the black hole at the galaxy’s heart began to grow, swallowing nearby stars, Atlas sacrificed itself, spawning thousands of seeds, each containing the essence of all life in the galaxy. The seeds were flung outward, toward the edge of the galaxy, beyond where Atlas’s power had ever reached. The seeds drifted for endless centuries. One by one, they were lost in the vast darkness between the stars. Only a single seed survived. Weakened and dying, Atlas’s instincts drove it toward the nearest suitable planet. This was Arctora, and it was not like anything the seed could have imagined. Arctora was a world of metal and silver seas. Vast swathes of its surface had been sheared of all organic material, all an effort by a powerful artificial intelligence known as the Librarian to convert the planet into a single computer. Organic life had long become almost extinct, replaced by cybernetic servants to the Librarian. When Atlas’s seed landed and released its power, Arctora was changed forever. Atlas’s seed landed and its power surged through the land. With so little organic matter to work with, the power used what it had. Millions of new life forms, some organic, some cybernetic — but most of them a combination of both — were born instantly. Four essences, or Guardians, greater than the others, emerged from the seed. Calling themselves Gorok, Ometa, Apophis, and Hamaliel, they were created for the single purpose of guarding Atlas’s seed until it could regrow. Heroes, each sworn to one of the four guardians, flocked to the continent. There were no rules, no boundaries, no laws. The new land was full of dangers and demanded alliances - but alliances on Arctora are ephemeral things. Each Guardian was determined to be the one to find the energy source and regrow Atlas… and to take its power for itself.