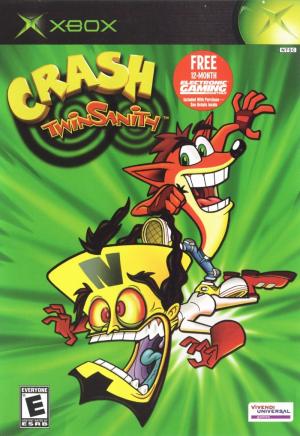 Twinsanity is the eleventh installment in the Crash Bandicoot series and the fifth game in the main franchise. The game's story takes place three years after the events of Crash Bandicoot: The Wrath of Cortex and follows the main protagonist and main antagonist of the series, Crash Bandicoot and Doctor Neo Cortex, as they are forced to work together to stop the Evil Twins, a duo of mutant parrots who seemingly have a connection to Dr. Cortex, from destroying the Wumpa Islands. Although Twinsanity received mixed critical reviews, fan reception has been mostly positive.