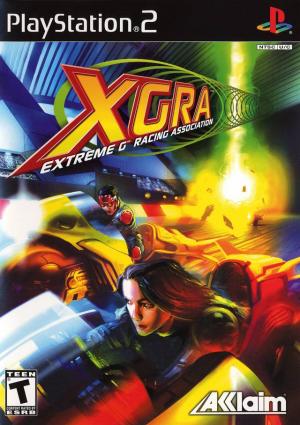 XGRA: Extreme-G Racing Association is a futuristic racing video game, and the fourth in the Extreme-G series, following Extreme-G 3. This game features more tracks as well as a brand new weapon system. Gameplay is similar but slightly different to previous games in the series. XGRA features a wide range of riders, tracks and bikes that can accelerate at an incredibly rapid rate, going from 0 to 300 mph in a matter of seconds. A returning feature is the ability to break sound barrier: upon reaching 750MPH, all sound effects will cut out, except for item collection sound, other tider's taunts, weapons firing, and in-game music. XGRA allows players to race for 8 different teams, with each team's bike having their own advantages and drawbacks such as Regeneration, Handling, Speed, Acceleration and Shielding.