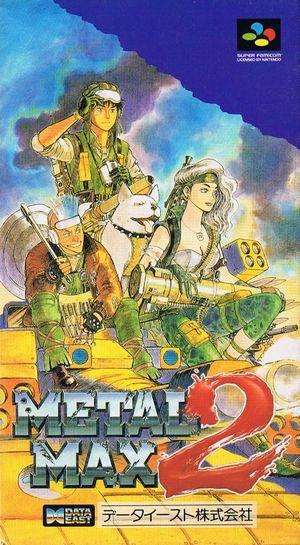 Metal Max 2 (メタルマックス2) is the second entry in the Metal Max series. It was a vehicle combat RPG published in Japan by Data East for the Super Famicom in 1993. Ten years later, the game was ported to the Game Boy Advance with a few new bounties by Now Production under the title Metal Max 2 Kai. On December 8, 2011, a full remake with upgraded graphics in the vein of Metal Max 3 and using its game engine was released in Japan for the Nintendo DS and titled Metal Max 2 ReLOADED. Metal Max 2 ReLOADED added a shared inventory, option to play as a female, okama or reijin, new character classes, subclasses and skills from Metal Max 3, new characters, bounties, bosses, sidequests, locations, items and vehicles, expanded storyline and backstories of characters and monsters, increased difficulty over the SNES and GBA versions, the final boss of the game has a third form and a new game+ option has been added.