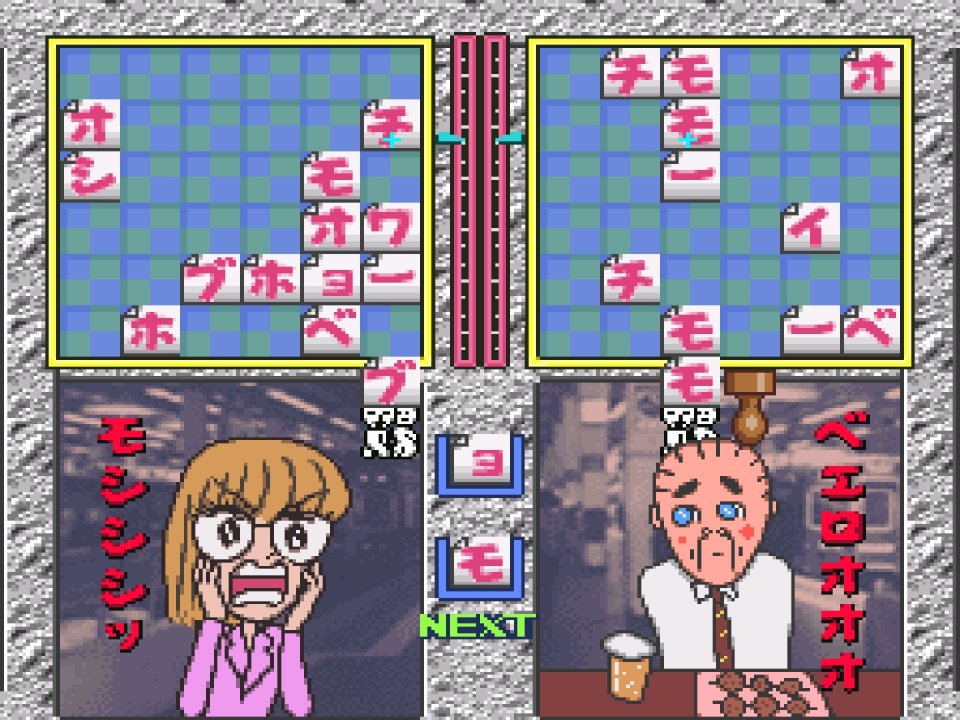 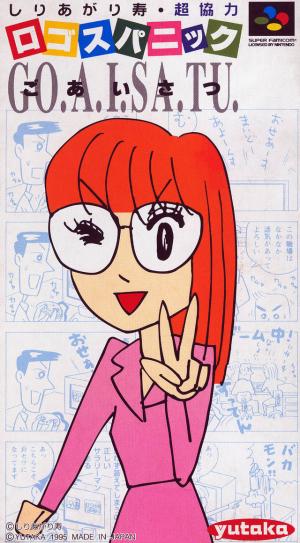 The player is introduced as a fledgling businessperson who doesn't understand the formal language used by their company and must learn it fast. Logos Panic pits players to scramble Japanese Kanji in a sort of Tetris puzzle style scenario; kanji must be correctly put together in time, simultaneously as new kanji pop out at the bottom of the screen. The game ends when the player can't assemble appropriate sentences in time. At the beginning, there are only eight selectable characters but as the game progresses, another three will eventually appear. It uses a password system to allow players to pick up and play at their leisure. The characters were designed by Kotobuki Shiriagari. 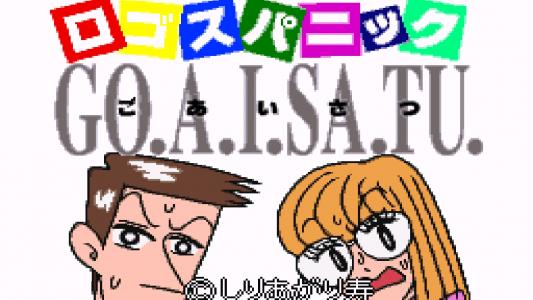 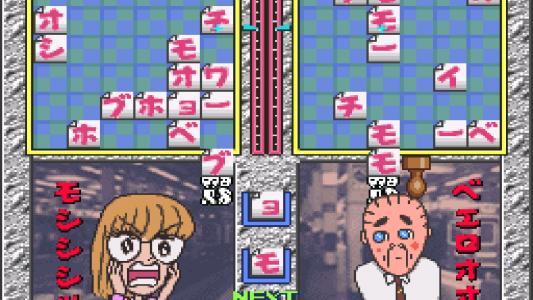