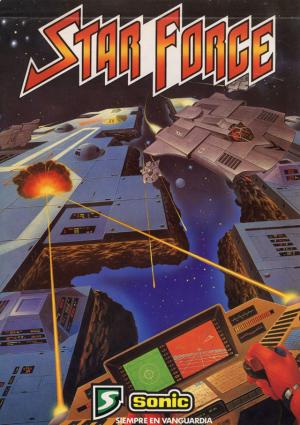 In the game, the player pilots a starship called the Final Star, while shooting various enemies and destroying enemy structures for points. Unlike later vertical scrolling shooters, like Toaplan's Twin Cobra, the Final Star had only two levels of weapon power, and no secondary weapons like missiles and/or bombs. Each stage in the game was named after a letter of the Greek alphabet. In certain versions of the game, there is an additional level called "Infinity" (represented by the infinity symbol) which occurs after Omega, after which the game repeats indefinitely.