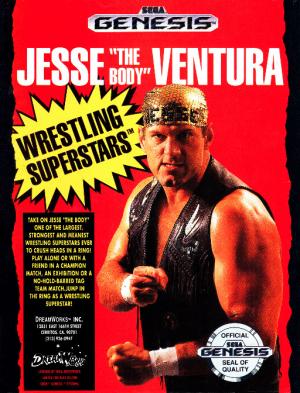 Take on Jesse "The Body", one of the largest and meanest wrestling superstars ever to crust heads in a ring! Play alone or with a friend in a champion match, an exhibition or a no-holds-barred tag team match. Jump in the ring as a wrestling superstar! Jesse "The Body" Ventura Wrestling Superstars is an unreleased wrestling game set to be published by DreamWorks for the Sega Mega Drive. A prototype was leaked onto the internet in 2016.