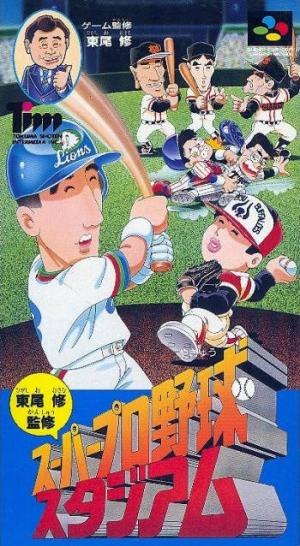 Higashio Osamu Kanshuu Super Pro Yakyuu Stadium is a sports game, developed by C-Lab and published by Tokuma Shoten, which was released in Japan in 1993. It was sponsored by Osamu Higashio, a former pitcher for the Nippon Professional Baseball League who has his own entry in the Japanese Baseball Hall of Fame.