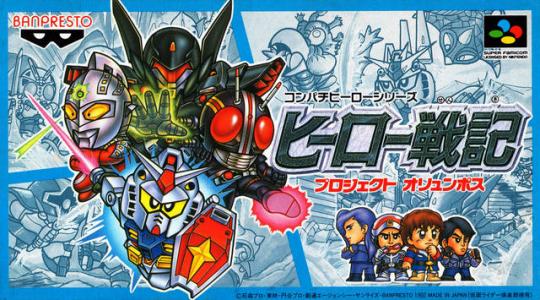 Hero Senki: Project Olympus is a sci-fi role-playing game, developed by WinkySoft and published by Banpresto, which was released in Japan in 1992. It is part of the Compati Hero Series and features cameos from the Gundam, Kamen Riders and Ultraman franchises as super deformed characters of relative size. The series also ties in with the Super Robot Taisen (Super Robot Wars) series of crossover anime mecha RPGs. The game introduces the Gespenst and other narrative elements of the game are frequently referenced by modern Super Robot Taisen games.